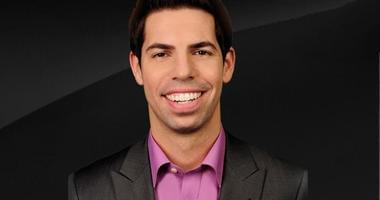 Sportscaster Damon Amendolara, known by his fans as D.A., hosts “The D.A. Show” weekday mornings on CBS Sports Radio. “The D.A. Show” airs 6a-10a ET and is known for its unique combination of thoughtful and sometimes emotional analysis, with a streak of absurdity and fun. D.A.’s interviews often create a comfort and candor rarely found in sportstalk, and the show’s colorful callers (DA-liens) add another layer of humor and unpredictability. “The D.A. Show” has been ranked alongside the most popular sports talk shows in the industry. Amendolara also hosts a travel series on YouTube titled “NOMAD.” He also hosts “Sunday Morning Football” heard across hundreds of affiliates on CBS. He appears regularly on NFL Network as part of the “NFL Top 10” documentary series, MLB Network, and CBS Sports Network. Prior to mornings, Amendolara hosted middays (9a-12p ET), evenings (6-10p) and overnights (2-6a) on CBS Sports Radio for two years.

Beginning in 2009, Amendolara spent four years in Boston as host of the evening show on 98.5 The Sports Hub. Before his stint in Boston, he hosted evenings at WQAM in Miami from 2008-09, and the morning show in Kansas City at 610 Sports from 2003-07. He was also the sideline reporter for the New England Revolution on NBC Sports Boston, and was a frequent guest and fill-in host for CSN’s Sports Tonight/Sports Sunday. Amendolara is an acting member on the board for Boston’s Room to Dream charity, which transforms the environments of chronically-ill, inner-city or suburban children.

He also spearheaded the “Team D.A.” charity, having raised funds for causes like the Boys and Girls Clubs, the Bridge Home, the KCMO Little League and Big Brothers/Big Sisters. Team D.A. also organized a summer soccer camp for underprivileged youth in South Florida with coaching by Miami FC professional players. Amendolara began his career at 1040 WYSL in Rochester, N.Y. and Sportsradio 770 ESPN in Fort Myers-Naples, Fla. He graduated from Syracuse University in 2001. While at SU, he was Sports Director at WAER Radio, following in the Orange footsteps of Marv Albert, Mike Tirico and Bob Costas. Amendolara is a Warwick, N.Y. native. Damon, his wife and their cat Rosie, live in New York’s Hudson Valley.